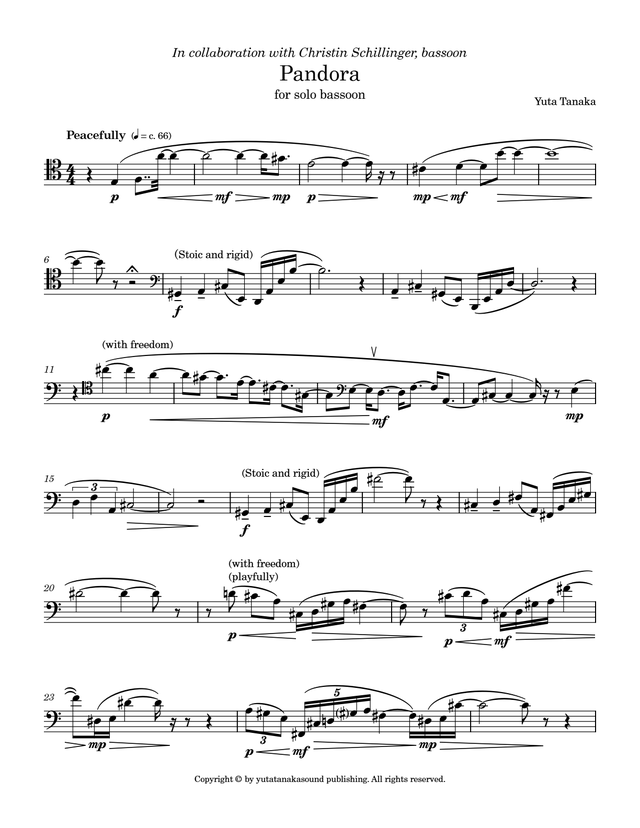 Pandora was written for Online Summer Composition Workshop with Jenni Brandon in June, 2020 with bassoonist Christin Schillinger as resident artist.

This piece portrays the Greek myth surrounding Pandora (Greek: “All-Gifts”). She was sent to the earth by Zeus with a box (originally a jar with a lid) which he told her not to open it. At first, she enjoys life on earth but eventually opens the box out of curiosity. The box released all sorts of evil to the earth. However, Pandora finds that Hope alone stayed in the box which tells her not to despair.